But content has been integral to marketing for years. Companies like Coca-Cola have been using content-driven marketing for as long as anyone can remember.

Online, you need to make sure that you’re not only conveying your message but also hitting your goals. Was your headline interesting enough to reach a big audience? Or was the copy intriguing enough to drive a higher CTR?

The obvious problem here is that if your content isn’t good, then it will hurt your other efforts.

Your SEO will struggle because no one will link to you. Your PPC ad won’t perform well because people don’t click on it. And your social media presence will languish in obscurity because no one engages with it.

(You know what they say… if you put lipstick on a pig, it’s still a pig.)

Here are 3 content mistakes that are killing your social media results.

Right now as I’m writing this, it’s Friday morning at around 10am. My head is in a fog, and I can barely sit up straight. Last weekend I ran the Rock & Roll Half-Marathon in Las Vegas. 48 hours later, I was hit by the flu. I spent the next 72 hours in bed, unable …

In 1906, Italian economist Vilfredo Pareto first noticed that 20% of his pea pods typically contained 80% of the peas in his garden. Shortly after, Pareto also noticed the distribution of wealth in his country was strikingly similar — 80% of the land in Italy was owned by 20% of the population — and the … But many times, we are our own worst enemy.

We sabotage our efforts — knowingly and unknowingly — to win business by taking any work, from any client, at any cost. Trouble is, that type of behavior can only get you so far. In the long run, it’s the single-biggest reason for failure.

Here are 5 critical lead generation and sales mistakes (and how to avoid them).

Read more5 Sales Mistakes that Make You Look Like a Rookie

A few weeks ago I ran a short market research survey to find out more information about my readers.

And the results were surprising.

The #1 problem — by far — was about generating more leads for your services. And the 2nd biggest problem or pain point? Selling those services.

I can completely empathize, because for years I always felt insecure or uncomfortable selling my services. What’s even worse, after 4 years as an undergrad and 2 more in my MBA program, I only took ONE class in sales. (Yet I had COUNTLESS classes in a variety of other topics that I’ve already forgotten.)

So over the next few weeks we’re going to go deeper on lead generation and sales. And I’m presenting a brand new webinar based on my own experiences and techniques. It’s specifically designed for service professionals and firms to find out how to generate new awareness, leads and sales for your service business.

There are three things we’re going to focus on to improve lead generation and sales.

(I’m also going to use a hunting analogy to provide concrete examples. But don’t be offended, because in reality I’ve never even shot a gun before. So please, nobody go all PETA on me.)

Read moreHow to Sell When You Suck at Sales 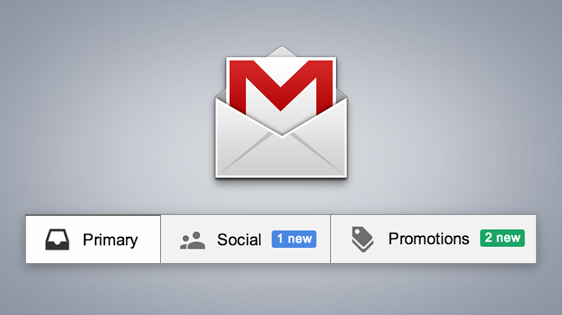 Months ago, Google began rolling out a new “tabbed” interface for Gmail users.

While great for consumers, it presents a challenge for email marketers…

Specifically, all automated email campaigns now bypass the main, “Primary” inbox and get lumped together — out of sight and out of mind — with everybody else’s email campaigns under a “Promotions” tab.

That means you can expect Open Rates to decline among Gmail users (because now you’re just one of the crowd — lost in a barren wasteland of offers).

But it also means that your approach needs to evolve.

Significant tech changes online are part of the game. You can expect one at least every 6 – 12 months that will change or alter how you currently do something.

So you can either look for a loop hole (and convince people to bring your emails back to the “Primary” tab) or you can start becoming a better marketer.

Here are 5 reasons why I recently deleted over 1,300 from my newsletter.

Read more5 Reasons Why I Deleted 1,300 People from My Newsletter Pricing is one of the most important, yet least understood concepts in marketing.

And it’s rarely talked about online (because I guess talking about Twitter is more fun than making money).

This is a problem.

Because almost every single business — especially retail, product ones with a physical location — compete on price. They’re under extreme pressure, and often use discounting as a way to drive demand.

But discounting is a race to the bottom.

Instead, they should be selling the experience. You can buy a shirt, pants, or shoes anywhere. You can even buy them online while sitting on your couch.

People don’t go to a mall or fashionable shops to get the lowest price clothes. If price is the biggest consideration, then they will use Amazon or head to Walmart.

Here’s how you can escape pricing pressure by selling the experience.

Read moreHow to Escape Pricing Pressure by Selling the Experience Cirque du Soleil was founded by two Canadian street performers in 1984. If you’ve never seen a show, then it’s been described as a mix between a circus and theater performance.

Since their opening, Cirque shows have been seen in over 271 cities, employ over 4,000 people and make close to a billion dollars each year.

Not bad, considering every show is basically the same.

The same tricks, the same theatrics, and the same vague storylines. But re-imagined in fun, interesting ways that are endlessly entertaining (no matter how many you’ve seen).

Cirque du Soleil takes something widely understood — like the daring feats from the circus and the emotion from a play — and changes it ever so slightly.

Each show has wildly different characters and themes. But each performance has the same acts (more or less). They stick to a winning formula. Yet provide new context to re-frame the issue.

Most people believe the arts — like singing, dancing, acting, writing, and others — are innate, natural talents. You’re either born with it, or you’re not.

I disagree. (Read the excellent Talent is Overrated for empirical evidence.)

But mainly, it’s because the illusive, intangible ingredient known as “creativity” is largely a myth.

Hotel Tonight is a mobile hotel booking application that allows users to make same-day reservations in over 1,500 hotels at low, last minute prices.

Good for the consumer because they get a good deal. And good for hotels because they salvage their expiring, unused rooms.

Sam Shank, co-founder of Hotel Tonight told This Week In Startups that based on survey data, 91% of guests are new.

That means Hotel Tonight is a powerful new channel for hotels looking to reach new customers. But it gets better.

Hotels (anecdotally) have told Sam that not only are these consumers influential (as early adopters who broadcast to everyone else), but they are also spending more money on property.

So they’re able to recover prices on additional offerings like food and beverage. Or they can get these new customers in their loyalty programs and get them to make another reservation in the future.

Which is the first step to significantly increasing revenue at any company. Want to find out how to improve your website?

Step #1. Go to any major news or media website.

Step #3. Immediately do the opposite.

Here’s why, and what we can learn from their stupidity.