Cirque du Soleil was founded by two Canadian street performers in 1984. If you’ve never seen a show, then it’s been described as a mix between a circus and theater performance.

Since their opening, Cirque shows have been seen in over 271 cities, employ over 4,000 people and make close to a billion dollars each year.

Not bad, considering every show is basically the same.

The same tricks, the same theatrics, and the same vague storylines. But re-imagined in fun, interesting ways that are endlessly entertaining (no matter how many you’ve seen).

Cirque du Soleil takes something widely understood — like the daring feats from the circus and the emotion from a play — and changes it ever so slightly.

Each show has wildly different characters and themes. But each performance has the same acts (more or less). They stick to a winning formula. Yet provide new context to re-frame the issue.

Most people believe the arts — like singing, dancing, acting, writing, and others — are innate, natural talents. You’re either born with it, or you’re not.

I disagree. (Read the excellent Talent is Overrated for empirical evidence.)

But mainly, it’s because the illusive, intangible ingredient known as “creativity” is largely a myth.

The Myth of Creativity

The best book about content marketing — Made to Stick — isn’t about marketing at all. But about how to construct and package an idea for maximum stickiness.

Here’s a perfect excerpt that illustrates why creativity is a myth:

In 1999, an Israeli research team assembled a group of 200 highly regarded ads — ads that were finalists and award winners in the top advertising competitions. They found that 89 percent of the award-winning ads could be classified into six basic categories, or templates.

According to this study, the most successful ads of all time can be grouped into the same similar categories! For example, one of these successful “templates” deals with extreme consequences (like the infamous, “This is Your Brain on Drugs” commercials).

And what about the “unsuccessful” ads? Why weren’t they successful?

The researchers also tried to classify 200 other ads — from the same publications for the same types of products — that had not received awards – and they were only able to classify 2%.

These unsuccessful ads were either too new, or too different, and couldn’t link up with our mental schema. People couldn’t relate to them. And they didn’t resonate.

Highly creative ads are more predictable than uncreative ones. They often share common traits. And they stick to formats that are routinely successful.

Why Your Marketing Results Are Lackluster

The reason you have low social media engagement isn’t because of your “boring” industry.

The reason your email marketing’s not converting isn’t because of the graphic design.

And the reason your search engine optimization is at a standstill isn’t because of the Google Gods.

It’s because your content (probably) sucks. It’s too vague, too general, unimportant and insignificant.

The best content needs to be expected and similar, but altered slightly to make it stick. 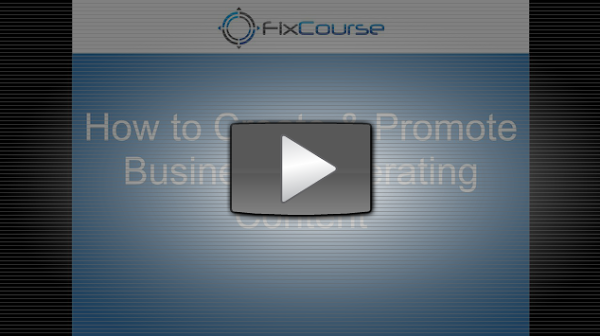